Plasmodium berghei is one of the many species of malaria parasites that infect mammals other than humans. P. berghei is one of the four species that have been described in murine rodents of West Africa. The rodent parasites are not of direct practical concern to man or his domestic animals. The interest of rodent malaria parasites is that they are practical models for the experimental study of human malaria. These parasites have proved to be similar to the malaria parasites of man and other primates in most essential aspects of structure, physiology and life cycle (Carter and Diggs 1977. In: ‘Parasitic Protozoa’, vol.3 pp.359-465. Academic Press, New York). Due to its ability to infect rodents and relative ease of genetic engineering, P. berghei is a popular model organism for the study of human malaria.
Like all malaria parasites of mammals, including the four human malaria parasites, P. berghei is transmitted by Anopheles mosquitoes and it infects the liver after being injected into the bloodstream by a bite of an infected female mosquito (see life cycle picture below). After a short period (a few days) of development and multiplication, these parasites leave the liver and invade erythrocytes (red blood cells). The multiplication of the parasite in the blood causes the pathology such as anemia and damage of essential organs of the host such as lungs, liver, spleen. P. berghei infections may also affect the brain and can be the cause of cerebral complications in laboratory mice. These symptoms are to a certain degree comparable to symptoms of cerebral malaria in patients infected with the human malaria parasite Plasmodium falciparum. 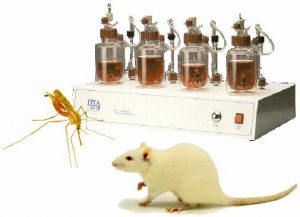 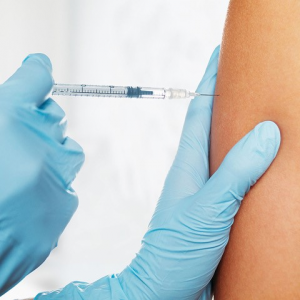 The introduction of techniques for the in vitro cultivation of the blood stages of the most important human parasite, Plasmodium falciparum, in 1978 has greatly increased the accessibility of human parasites for studies on the biology of malaria. This has led to major research contributions using P. falciparum with direct relevance for human disease. Therefore, for studies of different aspects of human infection, one could question whether or not the use of non-human malaria parasites is still appropriate. Rodent malaria parasites and their hosts have diverged from the human malaria parasites and their host and therefore critical comparison and assessment of results from rodent malaria models is essential to assess their relevance for human disease.

We describe here in more detail the malaria parasite Plasmodium berghei, which is one of the four rodent parasites that infect African murine rodents. The emphasis is on the developmental biology of this parasite. P. berghei is an excellent model for research on the biology of malaria parasites, because of the availability of:

Rodent malaria parasites (RMP) are used extensively as models of human malaria. Four different species that infect African rodents have been adapted for laboratory use: Plasmodium berghei, P. yoelii, P. chabaudi and P. vinckei. Small differences exist in the biology of the different RMP in laboratory mice and this makes them particularly attractive models to investigate different aspects of human malaria. Specifically, P. chabaudi is used as a model to investigate mechanisms of drug resistance and immune evasion, in particular antigenic variation. It invades normocytes and reticulocytes and mostly produces chronic, non-lethal, infections. In contrast, P. berghei preferentially invades reticulocytes and usually produces infections in mice that induce severe pathology. In combination with different mouse strains, it has been used as a model to study immunopathology, experimental cerebral malaria, pregnancy-associated malaria and lung pathology. P. yoelii is widely used in studies on the biology of liver stages and on innate and acquired immunity against liver stages. Blood-stage P. yoelii parasites of some lines are restricted to reticulocytes whereas others can invade all red blood cells and have been used to study receptors for erythrocyte binding. The availability of efficient reverse genetics technologies for P. berghei and P. yoelii and the ability to analyze these parasites throughout the complete life cycle have made these two species the preferred models for analysis of Plasmodium gene function.